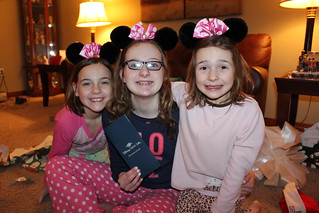 We surprised the girls we are going on a Disney cruise on Christmas 2014.  We were hoping to wait and just drive the girls to the airport the day of.  Part of the reason was to completely surprise them, the other reason is because we feared they would not sleep for a week leading up to the day we leave.

We could not afford to do this expensive trip plus give presents so we had to tell them about the cruise on Christmas as it was now the main (and only) part of their gift from us (they did still get a couple of Santa gifts however).  We were trying to keep the date a secret and also tried to keep it a secret that Auger’s were coming with us.  Of course the two older ones talked via text and figured out they were going together and because Auger’s told their kids the dates of the trip,  it came out to children when were going.  OK, so we were oh for two here but it’s been good.  It is the week leading up to the trip and so far I think Ella has only been up a little bit earlier than Heather but we still have a couple of mornings to go.

So now we are getting ready for our Disney Cruise.  It has been nearly a year in planning and it is finally here.  Now we have to get through these next couple of days of work and school and it’s been getting hard to concentrate.  My mind is on vacation and what needs to be bought, packed, and washed before we go.

To help me before hand, I did a lot of research (as I tend to do before most vacations). I have found a ton of information here:

These forums will give you any type of information you can find.  As of this day, they have changed the layout of the forum so it’s been hard to find the “search” button but in the past I can type about anything in there and find some sort of information all provided by the many people that have been on the ships and have a passion to post information about their travels.

We have almost finished packing.  The three girls were packed first.  Kaitlyn, then Ella, then Sophie.  Mom and Dad have their clothes laid out but not quite packed completely.  Dad still has to iron his dress clothes before he packs them.  Mom needs to decide what she wants to wear on formal nights. 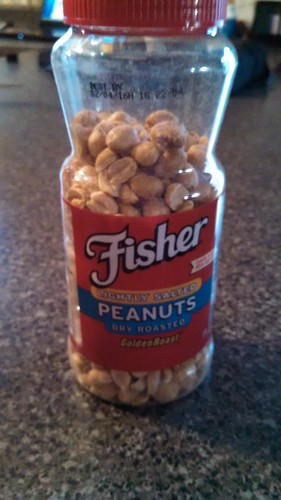 Sophie, supposedly under the direction of Ella, packed a jar of peanuts in her carry on luggage in case, “the peanuts on the airplane aren’t any good.” We are going to have to double check before we go.  I have a feeling they will try to sneak other things into the luggage before we go if they haven’t already done it.

As I am typing this, an email came out from St. Michael’s that Fifth Disease is going around at school!  Great!  Most times it passes without anyone knowing that’s what it is but it can spread a rash! That is just frickin great! We have PT conferences tonight so we are going to ask the teacher about it and debate on keeping the girls home from school tomorrow just to play it safe.

We have to make several trips to Target and make a magnet for our stateroom door go to work and go to Target again. Fill the tank and have a great vacation!  I can’t wait to make a lifetime of memories

We each have a piece of luggage plus our carry-on.  A few of us got new luggage for Christmas. The type where you can store your shoes separate from your clothing which is nice so you can keep your clothes clean.  We packed from a standpoint of events then packing for the day. We needed a formal, semi-formal and then the adults needed either another semi or formal dress for our adult night.

These clothes we did a lot of mixing and matching.  I wore the same pants twice and brought three different shirts but only used two of them (mainly because I forgot I brought the third). I only wore a tie once.  Heather wore an nice dress all three nights but nothing extraordinarily fancy but she still looked damn good in them.  The girls wore nice dresses like you would see them wear at Easter or Christmas. There is laundry on most floors and a free ironing station in those rooms.