Finally! Finally I get to write another cruise review. I’ve been waiting a long time to be on another ship since our last one two years ago aboard Disney Fantasy. This one was different from the last to say the least and it’s hard not to compare the two and in a way it’s not really fair to. Norwegian clearly is more geared towards adults but still has plenty of things to keep the children entertained as well. So I will try not to compare the two too much but sometimes it just has to be done.

If you have read my vacation travels it is very much from the perspective of reliving the event. Mainly it’s because I want to remember long afterwards what we did but I also hope it gives some perspective of what a family experiences along the way on these adventures.

It was -25F this morning when we left. Minus twenty-five. We couldn’t have picked a better day to leave and get the hell out of the cold. This year we have had more snow than we have had the past several years. When we got up early and finally hit the road the sun was coming up and across the flat Red River Valley that was covered in white and I commented how funny this is as it looks like the sun rising on a white sea and how different that will look in a few days. 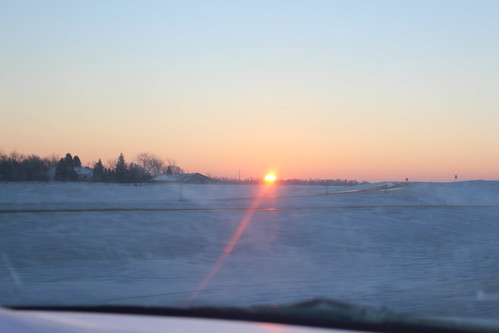 They work on it and eventually we get reassurances from Ella and Sophie that they are finished. Kaitlyn was working all week leading up to our vacation and all she had left was math and to no surprised to anyone, she was confused and was needing me to help her. I was driving. I’m good but I’m not that good that I can figure out math and drive at the same time so we put it off.

We get to Minneapolis and go have lunch at our usual area but instead of Chipotle I got overruled and we ate at Leeann Chin instead. Why? Why do girls not like ginormous, tasty burritos? I don’t mind that Leeann Chin but some of my daughters are nuts and don’t realize Chipotle is clearly better, but I’m the dad so I don’t know anything and my thoughts are quickly cast aside.

We get to the airport, I drop everyone off cause I’m the dad, I go and park the car at the Park-n-Fly and catch the bus to the airport and we are checked in and at the gate before the Auger’s show up. The whole process actually goes quite quickly. 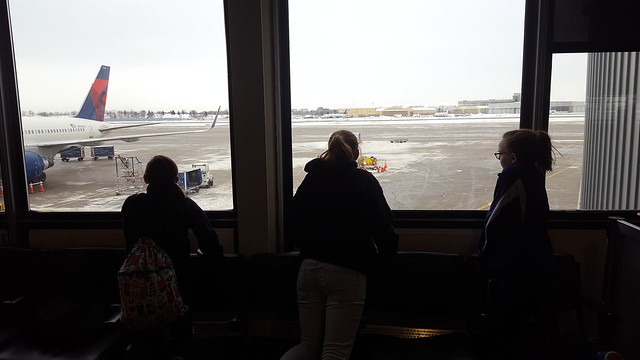 Patiently waiting for our flight and friends

We meet our friends. We waited for our seats because the ones we purchased through Delta were technically standby. Hurray! Standby! Heather and I haven’t done that since we worked for Northwest Airlines. It brought back memories of nauseousness as we had to wait and worry as to whether we would even get a seat on the plane. Thankfully, we got our tickets and even better, we were all able to sit together way in the back of the plane. We had great seats for the bathroom. Primo bathroom seats. I mean you can’t pay extra for seats like that. Literally, you can’t do it. No one would be stupid enough. Thankfully, it wasn’t terrible as people were able to hold their bladders for the most part and the seats in the back actually reclined a bit which is unusual. 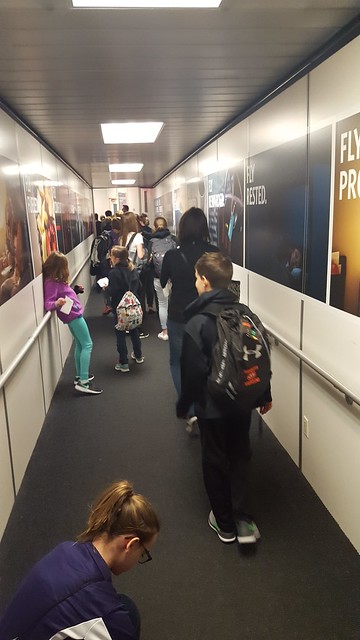 We had a little layover in Detroit so it gave us time to eat. There was some good food there actually and we had some delicious sandwiches, onion rings and fries. The place we stopped at was quite busy so it took a little while until our food came.  Our next leg to Miami we got a little split up. Someone farther up wanted to sit with her family and mixed things around so Chris took a seat way up front in coach and I got an isle seat to myself while the rest were all paired up.  We originally thought Chris snagged a seat in first-class but that apparently was not the case. The kids were super excited because they had movie screens on the back of the seats so they could pick the movie they wanted to watch. This was the leg I was going to nap on but once I had the opportunity to watch a movie I wanted to watch…an adult move….well not an adult adult movie but a good movie that isn’t animated, I took it. Any parent will know what I’m talking about when I say this doesn’t happen often.

We have arrived at 10:30 (ahead of schedule) and it is 75 degrees. From the time we left this morning until we arrived in Ft. Lauderdale we have now experienced a 100 degree temperature swing and this is how it felt…. 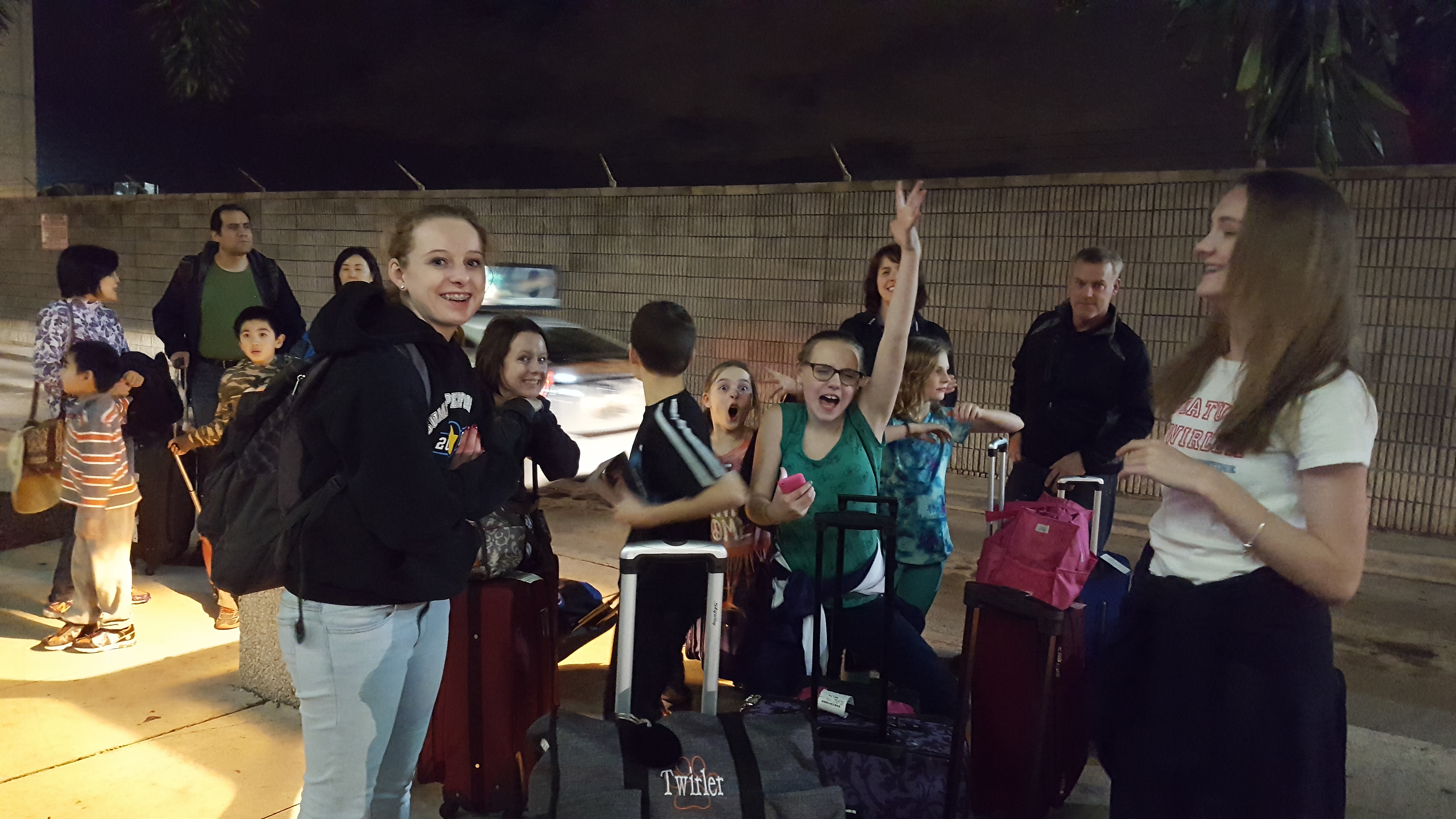 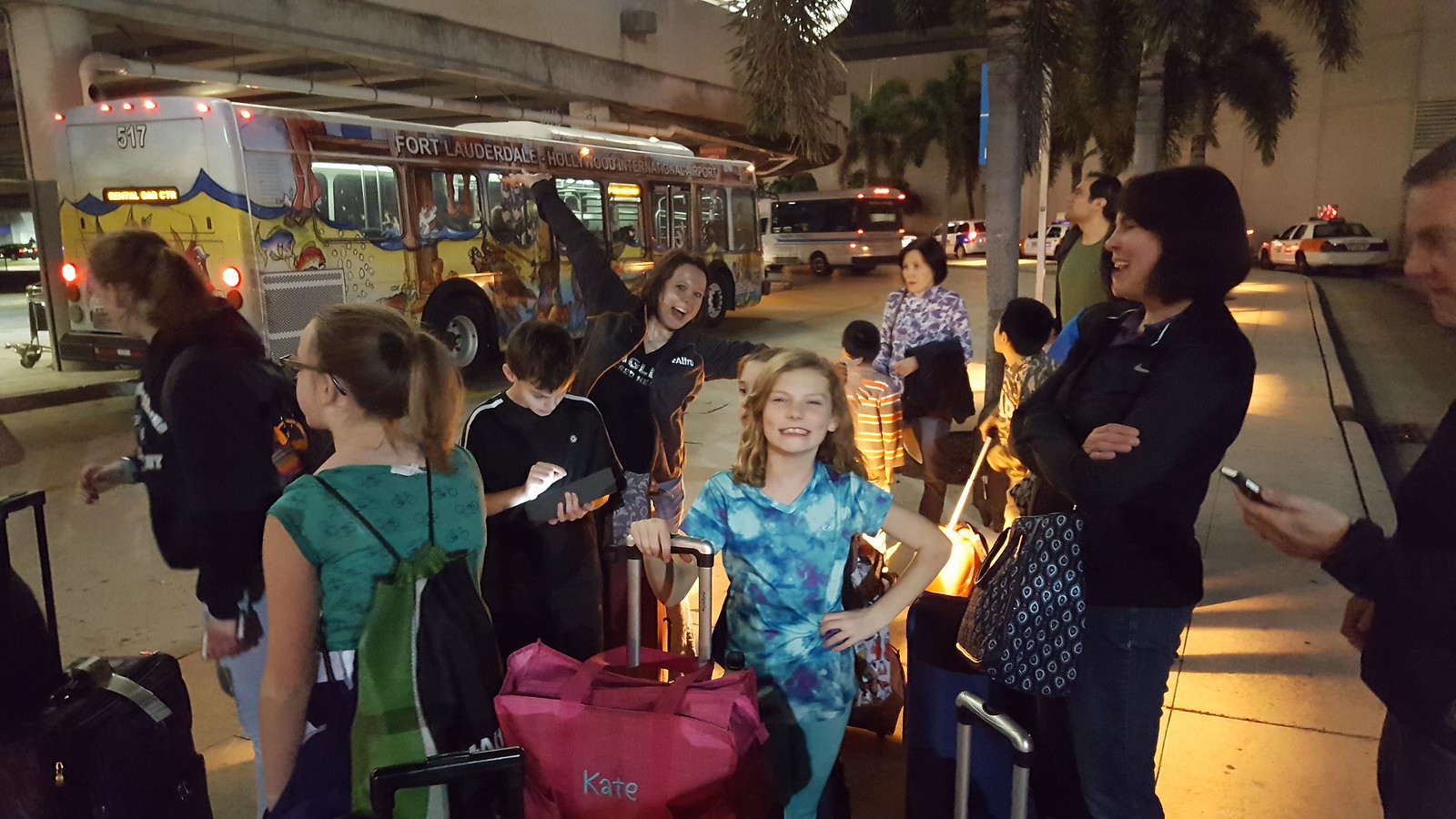 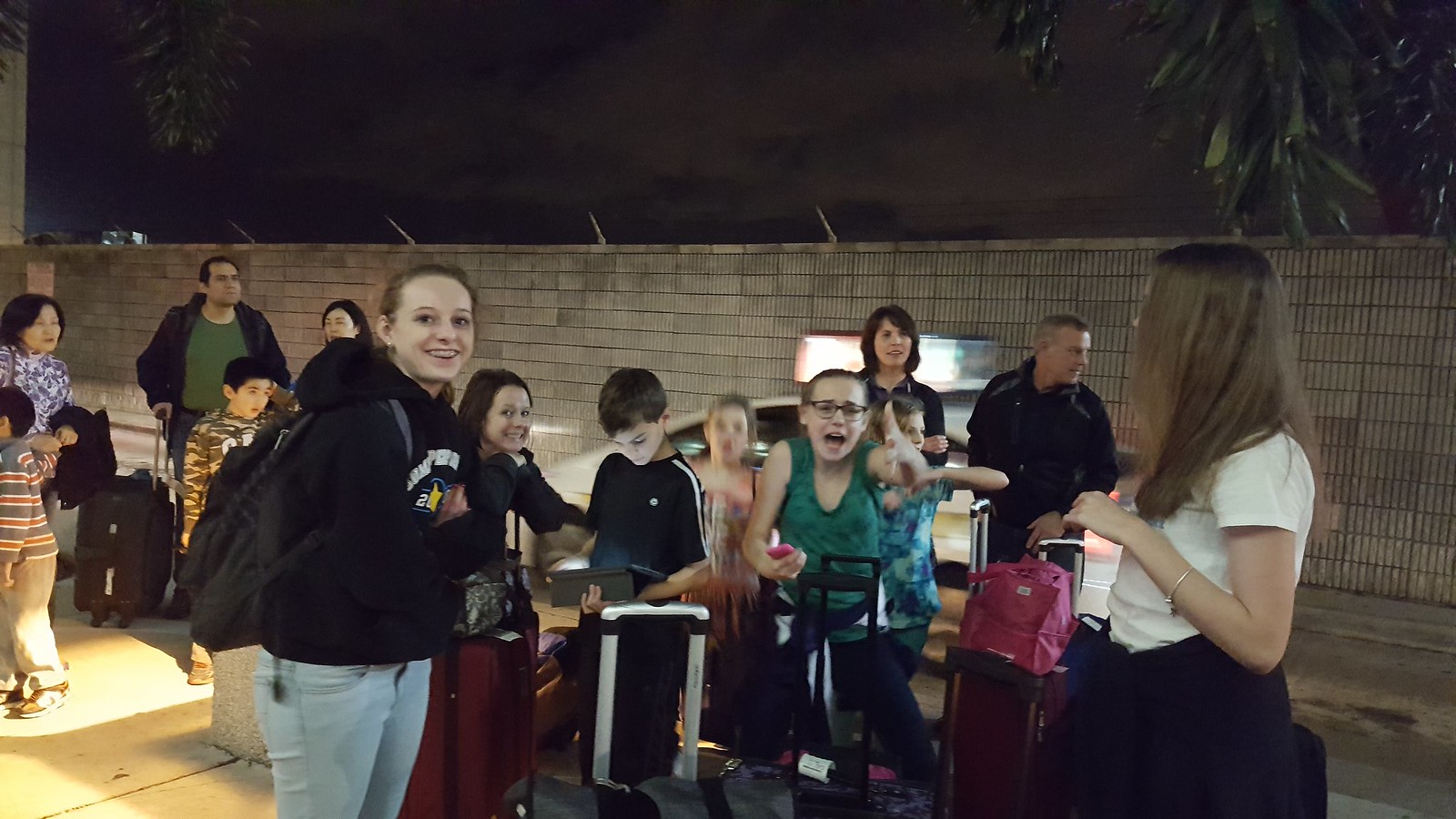 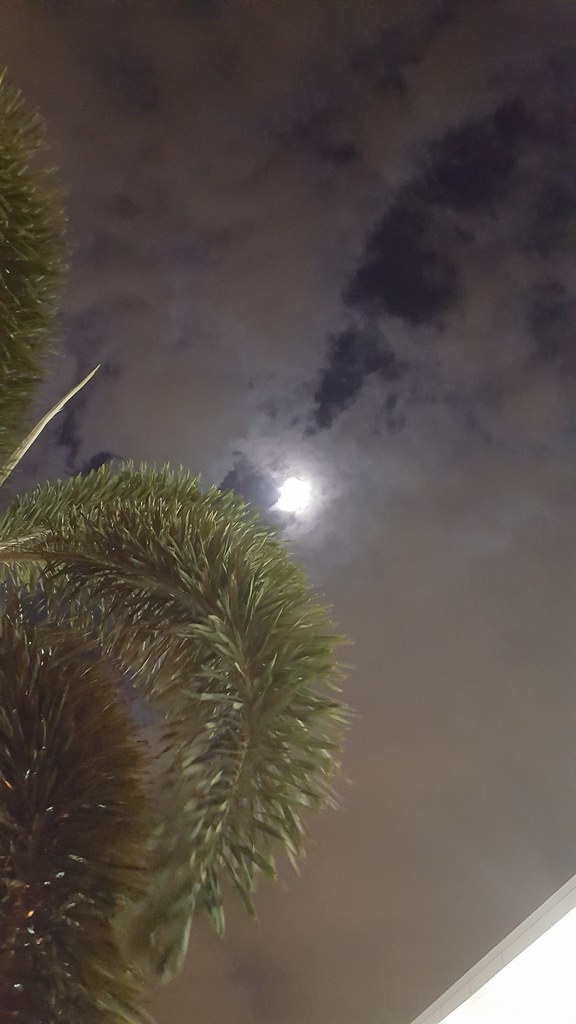 I started to feel a little human again and some of my body parts came out of hiding.

My feet! I started wearing flip-flops. Geesh you people are sick minded.

It took a while before our van from our hotel Hilton Homewood Suites Port South arrived. About every other person had their van arrive before ours. In fact, one other hotel was there, missed the people they were supposed to pick up, and came back around again before ours came once.

We got to our hotel and check-in went fairly smoothly and we were off to bed. Ella was overtired by this time and was complaining and complaining. We were trying to arrange ourselves for the next day and Ella was wanting to sleep but claimed we couldn’t because we had the light on. It was getting quite stressful as we were all getting tired and crabby by this time.

We had a king sized bed and a pull-out. Sophie slept with us in the pull-out and Kaitlyn and Ella fought over the blankets for about 5 minutes then promptly fell asleep, tired, yet excited for the next day.